I was on a forum recently where someone mentioned eosinophilic oesophagitis. Yes, that is rather a mouthful, ironically, since it refers to the swelling of the oesphagus some of us have been suffering. 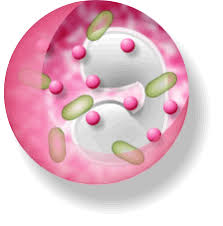 Basically any ‘itis’ means inflammation and an eosinophil is a type of white blood cell which rises in the presence of conditions related to allergy and auto-immunity. We all have them but you can have too many – denoting a sort-of hyper-active immune system – and this causes inflammation/swelling (in my case and as the disease name here suggest, in the oesophagus).

There are several eosinophilic disorders, all of which relate to raised eosinophils and inflammation in the body site where they are found. The interesting thing is that this can be measured – if you can find a gastroenterologist who knows about it and a lab who does the count properly – and it is a recognised illness in mainstream medicine, so it could help the diagnostic need we have to be taken seriously with our conditions. I thought it was worth looking into…

Effectively, you can get high eosinophils either just in the digestive tract or system-wide.

Gastrointestinally-speaking, you can have raised eosinophils in:

Plus, you can have more systemic problems where eosinophils are raised in the blood generally (the most advanced is hypereosinophilic disorder) which can then cause inflammation anywhere in the body and, from the way I interpret it, so far the following disorders have been identified and named:

Churg Strauss Syndrome (which appears to be high eosinophils in the blood causing problems mainly in the lungs (asthma), sinuses and nerves)

Eosinophilic fasciitis (a thickening, swelling, hardening and pitting of the connective tissue under the skin leaving it looking orange-peely – and possibly joint/nerve pain). I remember the fascia from my days as a massage therapist – it is basically like a web of connective tissue that connects everything from the top of the head down to the soles of the feet. A problem in it can cause pain anywhere, especially tightening and pulling things out of shape/joint.

Eosinophilic Pneumonia (which affects the breathing, lungs, apparently can be acute and sudden or can come on over a few months with a cough, low grade fevers, progressive shortness of breath, weight loss, wheezing, fatigue and night sweats.

So, all excited at the thought of getting a named label for at least some of my symptoms, I was equally excited to discover what treatment is offered. That’s where the excitement stopped, sadly. 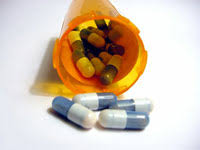 It seems that we have fallen into the trap again here of naming diseases related to inflammation in various body sites but ignored the underlying cause. The named treatments are steroids (to suppress the symptoms), immune suppressants in severe cases and, wait for it…. avoidance of the allergen triggers. In other words, it is an allergic disease.

Whilst steroids might be really useful to lower scary swelling symptoms (I used them myself in the early days for my swelling oesophagus), the actual ‘treatment’ is elimination of the food and environmental triggers again. So, you are back to square one of finding out what makes you hyper-sensitive – the barrier breakdown. My own oesophagus swells with corn and citrus. As long as I stay away from those, it doesn’t happen. If it gets too bad, I use a steroid. Ergo: eosinophilic oesophagitis. Do I need to get an official diagnosis? Perhaps.

It could be useful knowledge – I was thinking about our cases whereby the person needs acceptance by a supportive doctor/consultant (would they be more willing to support/listen if a named disease was on your file…?), a diagnosis for insurance claims (our readers overseas, thank goodness for the NHS) and a way of relieving symptoms whilst the underlying gluten trigger (in the genetically-sensitive) is removed, which, as we all know, takes time sometimes we don’t feel we have.

Whilst I don’t like the use of steroids, certainly long-term, there are ways to offset the side effects and it may be that is a viable way to go initially for some. Alleviate the suffering whilst you treat the underlying disorder – as long as the steroids/meds don’t have your allergens in of course, which is what happened to me in hospital A&E! I checked myself out, barely able to breathe, googled what they gave me, discovered it had lactose and maize starch in (despite my pleas to not give me those), googled an alternative and presented myself back there with a request for a different steroid. The swelling relieved within 20 minutes. Nuff said.

So, how do you test for it? With biopsy findings and case history, possibly trial of steroid therapy.

The path lab looks for a high number of eosinophils (are usually quite low everywhere except for the oesophagus in the GI tract), where they are (are they in the wrong places), changes in the tissue layers (damage done, infiltration of them into tissue layers), and degranulation (spilling of the contents of the eosinophils which suggests they are active). Apparently, not all labs really understand the process so it is worth finding a consultant/path lab who have dealt with EGIDs before. It’s important to note that, from what I read, high eosinophil counts don’t always happen; it is more about what they are up to than how many there are and I read some reports of people being given a negative result simply based on eosinophil numbers.

Anyway, I spent quite a time looking at this as a possible named disease cause of our problems. My conclusion is that any of us with hyper-sensitivity could develop high eosinophils anywhere but especially in the oesophagus and that is probably the cause of much of our swelling. Call it what you like – an eosinophilic disorder – but it is still just an inflammatory reaction to an allergen that has to be identified, removed and/or suppressed.  Back to the barrier plan and the drawing board…

Meantime, if you want to find out more, the best resource site I found was by Apfed in the US and FoodsMatter has some goods stuff on it too – the latest about helminth therapy for EGIDs – just put eosinophil in the search box. Here is the International consensus on diagnosis and treatment document which is really useful too.

Hope my musings help someone out there. Good to muse sometimes, that’s how we make connections and learn. Sadly, I don’t think this particular musing moves us on a great deal but I share it anyway if only as evidence of the constant research I’m doing for us all and in the hope that someone will recognise their problem and be able to chat with their doctors more knowledgeably about it!

7 Replies to “Have We Got An #Eosinophilic Disorder?”