Another month has flown by and here we are again: time to report on progress. The good news is that most of the month has been fab and I have scored my lowest EVER symptom-wise at a magnificent 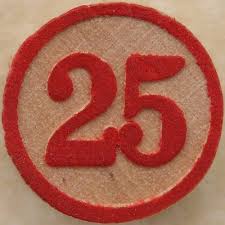 This was mainly because I have had a lot of .5 days where I feel pretty well. A 0.5 day is just something niggling and still present but not debilitating at all. 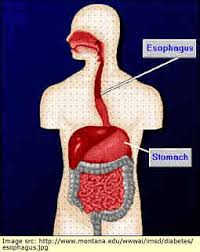 Annoyingly, the main reaction I have been having this month is the swollen oesophagus again – that feeling of something stuck in your throat and, when it’s really bad, I swear I could trace the lining of my whole oesophagus and stomach with a marker pen. Happily, it has never been bad enough again to have to take the steroids I needed to bring it down when it first started a few years ago.

I haven’t quite worked out what it is yet. It started happening when I was going away a lot in Summer in our tiny caravan (I KNOW; I haven’t told you about that yet – wanna travel, need a safe method, get a tiny van – more anon on this!). I have a suspicion it is either tap water or onions, or – eek – both.

But why tap water?

Apparently, there is plenty of stuff added to water as part of the processing, including anti-fungals, citric acid and other stuff. I’m not sure if we could even narrow it down exactly, since I think it would take a long time to get water companies to tell us what they do. Suffice that, on several forums and sites, I have seen enough corn-sensitive people having the same problem.

I use a water jet flosser for my poorly gums which uses tap water, of course, so I am betting that has something to do with why my mouth is still inflamed, although not sore in the same way at all since the green tea episodes. For drinking and cooking water, I have used a reverse osmosis system for years. Thank goodness I have. That water is fine and doesn’t affect me at all but I will have to continue to investigate the tap water possibility.

The sensitivities have only developed again since my last gum problem which, if you remember, was the green tea. I think what happens is that the reaction causes inflammation, my gums swell, my immune system is knocked off and I get infections on top of the inflammation. Each time I have a chronic ‘reaction/infection’, my sensitivities worsen. Thank goodness I didn’t compound it like two years ago by taking shed loads of Ibuprofen, known to badly affect the gut lining.

The other main issue this month has been tiredness again. Not the chronic fatigue tiredness but the ‘I’ve got nothing left in me’ tiredness I associate with malabsorption, mostly of iron. My iron has always been a problem. 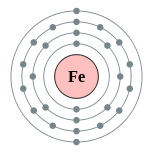 When the gum problem raised its ugly head again earlier this year, it took me a long time to work out what was causing the reaction. Just in case, I stopped all the supplements. I thought it was a good opportunity to see how I coped without them for a while, but then have just realised I have been off them now since May. Time to get back on at least the iron although, happily, I have maintained my magnesium levels so assume my absorption is somewhat better. As soon as I take the iron, I feel so much better, hence the liver pate recipe recently which has really helped too!

Rest of the month? I have realised that I am now mostly only having a migraine around my period. This used to happen when I was much younger. I assume this may even out when I get the Vitamin D/B6 etc back in again. I had a mild migraine after attempting some potato starch as a test, boo. And a pretty bad one recently after accidentally inhaling the steam from P’s rice cooker as I reached over it to get some salt.

So, all in all, symptom score almost at my target of lower than 25, which is a massive improvement on 200 (if I was any good at maths, I could maybe work out the percentage improvement there but I am rubbish at numbers – anyone…?). I would love it to be zero, of course, but I am a realist. My biggest aim is to stop the hyper-sensitivity and developing new ones. I have slowed it down considerably but  have a long way to go on that yet it seems. Still, every month I see a reduction in scores makes me a happy bunny even if it is achieved with a very restricted diet and lifestyle!

Onward with the fight…

How are you doing? What are your scores…?