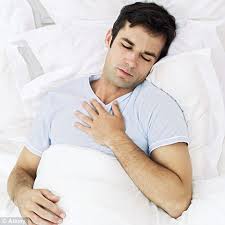 I was just reading a report on the provision of care in the NHS for ME/Chronic Fatigue Syndrome sufferers – which makes damning reading itself – when it struck me that I recognise these symptoms from most gluten-sensitives I currently deal with:

ME or CFS (also known as Post Viral Fatigue Syndrome – PVFS) affects around 250,000 adults and children across the UK; common symptoms include muscle pain, persistent exhaustion, poor concentration and memory problems, headache, un-refreshing sleep and digestive problems such as nausea or IBS.

Recognise those? I do.

That’s why my first advice for anyone with chronic fatigue I come across is to look for gluten sensitivity using the gene test, EVEN if the (as we now suspect) unreliable coeliac test comes back negative. It may not be the only factor but it would certainly make it a whole lot harder to get well if you have it and continue to eat grains.

I am a case in point. I have suffered twice with so-called CFS which only relieved when gluten (the first time) and grains (the second time) came out. I still get it as a reaction to being glutened now, albeit more mildly thank goodness.

Part of the reason I developed the Barrier Plan was because I felt like my fatigue was getting truly out of hand and I was going to end up bed-ridden. Thankfully, for the second time, I have fought it off.

I think it went the first time because I significantly lowered my intake of gluten even though I was still eating other grains. I think it came back a decade later because I was eating those grains and the damage to my system – be it inflammatory, auto-immune, increased allergy, malabsorption, all of the above – continued internally! If only I had known..

I think part of the problem is the almost immediate effect the reaction has on my adrenals and thyroid, when I crash within two hours of ingestion, but also longer-term on my ability to maintain nutrient levels including iron and B12 because of malabsorption and probably because of an effect that has on my mitochondrial cellular energy production. I know not everyone will be the same. Of course not. But I have seen chronic fatigue improve often enough with the removal of wheat, dairy, gluten and grains so my standard advice now is:

CFS/ME? Look at true gluten (grains) as a primary or secondary cause and act on it if you want to take the pressure off your body so you can get well again. Please.

10 Replies to “#Chronic Fatigue: #Gluten Sensitivity Under Another Name?”