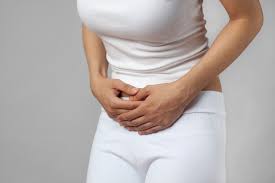 I absolutely agree with this. Over the past few years, I have come to the conclusion that anyone presenting with any form of gut or allergy problem, especially those tarred with the ‘IBS’ umbrella term which means diddly-squat really,  should be checked for gluten related disorders.

Not that I’m bitter: if I had been diagnosed with gluten illness in my early twenties instead of IBS I would not be as ‘leaky’ and intolerance-ridden as I am now, thanks docs.

Anyway, my approach to IBS has always been the immediate removal of wheat and dairy as a first step, then a testing for gluten problems if it doesn’t resolve within a few weeks. That’s the premise that my Gut Plan is based on. Personally, as soon as I removed wheat and dairy, my IBS resolved. sadly, I didn’t realise about the gluten until years later and I continued to do damage by eating the other grains. Oops.

Happily, now I see a new task force put together by the American College of Gastroenterology are recommending that patients suffering with IBS should be screened for gluten sensitivity. Hallelujah. More evidence of mainstream catching up with what we’ve been saying in naturopathic and functional medicine circles for well over a decade.

The taskforce doesn’t just stop at testing IBS sufferers for coeliac disease, though, which is the really good news. They talk about the evidence now emerging of non-coeliac wheat sensitivity and the importance of considering that too. It’s only a matter of time before we get non-coeliac gluten sensitivity mentioned too. I would like it to go as far as non-coeliac grain sensitivity – ooh, perhaps I have just coined a new term there ;). Makes more sense to me what with the term gluten being so misleading, misused and misunderstood.

Dr O at the Gluten Free Society has written a comment on the piece which you can read here:

The Mystery of IBS – Why Gluten Sensitivity Should Always Be Considered

He also gives his top tips on dealing with IBS, which I agree with.

So, if you have a diagnosis of IBS – or even think that’s what it is in the absence of other diagnoses – have a read and get that gluten and dairy out. The Gut Plan is designed to help you work out if your ‘IBS’ is related to food sensitivity, how to remove them effectively and test whether you have a problem with gluten. It also goes through all the elements mentioned by Dr O and more.