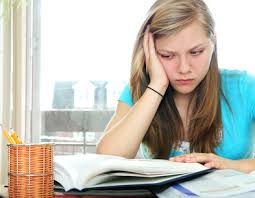 If you have a teenager facing major exams in the next 12 months, start dosing him or her up with omega-3 supplements now.  The fatty acids have a powerful effect on the working memories of the young in particular.

The good effects seem to happen after taking a supplement every day for around six months, new research has found.

Young people aged from 18 to 25 years show a dramatic improvement in their memory, cognitive skills and mood after they had taken a standard 4g omega-3 supplement every day. (Ed: I like this one which is 1g per capsule and produced toxin free. If your teen is vegetarian, they can try linseed instead.)

The participants were tested before they started taking the supplements and again afterwards.  The researchers from the University of Pittsburgh were impressed by the noticeable improvement in young people who were already healthy.

It was the first study into the impact of omega-3s on the young.  Previous trials had focussed on the elderly and how the supplements helped ward off dementia.