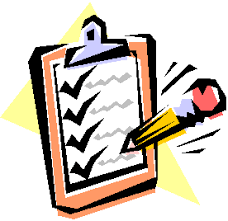 I thought it might be an idea to have a quick look at how the blog has done and remind ourselves of some of the most important news of 2012.

This blog was viewed about 96,000 times in 2012 which is not bad since I have done very little except put it on the blogosphere for people to come across! If it were a concert at the Barclays Center, according to WordPress at least, it would take about 5 sold-out performances for that many people to see it. That’s a nice thought 🙂

The busiest day of the year was August 16th with 690 views. The most popular post that day was Non #Coeliac Wheat Sensitivity Exists And there Are Two Types.

Most visitors came from The United States. The United Kingdom & Canada were not far behind. People viewed it from no fewer than 138 countries would you believe!

Most popular posts centred around gluten withdrawal, the barrier plan for treatment and food/recipe ideas.

We had some important news throughout the year.

There were several posts relating to gluten illness and symptoms, including villous atropy, being related to other grains and other fractions of wheat, not just gliadin. All of this helps strengthen the case against a standard gluten free (gliadin free) diet as the approach to gluten illness. Here are some of them chosen at random:

Why Grains and Not Just Gluten

Gluten not the Only Food To cause Villous Atropy

There was a useful summary on How To Answer Grain Free Diet Critics too.

Starting from around April, we saw posts from some of you saying you were beginning to add foods back in which was great news. Here are a couple:

More Foods Going Back In

Adding Foods Back In

These continued and many progress stories have been posted about. See the Progress Reports category in the right hand column.

We launched the first draft of the Barrier Plan in March and the full BP package in June.

We posted many times about the permeability of body barriers and the link of gluten to auto-immunity and inflammatory disorders. We debated if some of us had an eosinophilic disorder, we saw the brain changes in coeliac brain scans and much more.

We launched the TGF Gut, Candida and Detox plans in August. I revamped the site pages.

Most importantly, we had several posts throughout the year suggesting that gluten illness is gradually starting to be taken more seriously. Here are a few:

Call for NCGS To Be Recognised

We even ended the year with mainstream calls for recognition!:

Now, that’s what I call a busy – and important – year!

Thank you to all of you who have chatted and commented on the blog too; it makes me feel we have a nice TGF family developing and looking out for each other, keep it up!

Phew. What a rollercoaster ride 😉 Ready for another one….?