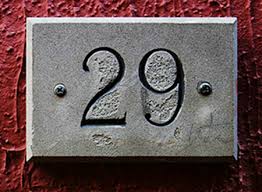 A pretty pleasing score of 29.5 in this last month of the year, which I reckon is not bad considering all the Christmas festivities, going places, having people to stay and hosting a party – with food – for 25 people!

I started the month with the tail-end of the ‘hairdresser/lipbalm incident’ from last time, if you recall. I’m still not sure which it was although I did go into the hairdressers to chat and wish them happy Christmas since then and was fine – despite panicking and making a sharp exit once I tasted strong chemicals in my mouth from breathing it all in – so I reckon it could be the lipbalm.

I then started my period which is seemingly bringing a migraine with it each time currently and, lo and behold, developed a migraine on the same day. Didn’t feel right for a good few days – very tired after the back to back reactions.

However, after that I beat my record of fifteen 0.5 days (last month) and achieved 16 in a row this month :). How fab is that?

Sadly, it came crashing to a halt on flippin Christmas Eve and lasted all Christmas Day and half of Boxing Day with a 4, 3 and 1 score pattern. I was not chuffed as you can imagine. No idea what set it off. I felt fine in the morning, ran around the shops with santa hat on getting pressies etc, then met P in the pub for a ‘start of Christmas’ drink (my own wine of course).

By the time I got home an hour or so later and had had some lunch, I felt rubbish. It can only have been something I encountered in the shops, the food smells in the pub (it was lunchtime but this doesn’t normally affect me) or the handwash I used in the pub loo. How frustrating. I hate it when you can’t work it out because you then get fearful you’re going to do it again, don’t you?

Since then, though, I have been back to 0.5 and finished the last 5 days of the year with a string of 0.5s. I had loads of energy and I reckon the fact that I ate more beef has actually helped. Perhaps I should have it more often than the once a week I have been doing.

Anyway, a good month except for the reactions – and I have to say I thought I would have far more of those given the time of year so I am actually quite pleased with that.

So, it is time to give a brief (ha!) resume of how the year has gone. I find it useful to do this process so I can see how far I have come (or not) and make changes accordingly.

Here’s how the monthly scores panned out starting with January, obviously:

Yes, I would love it to be quicker. Yes, the symptoms are much lower at the cost of a truly restricted diet and lifestyle. Yes, I long for the day I am not so hyper-sensitive and the damage has healed. But I’m not there yet.

Before Christmas, I admit I felt quite low about the whole thing. I think it was because I knew I was coming up to the second anniversary of going grain free. I started in January 2011 and I honestly believed I would be a lot less sensitive by now. I FEEL much better but I am still hypersensitive.

My progress has been hampered by several stressful events, not least the flippin gum problem which leaves me worse again each time it flares up. I am planning to see a specialist in the new year to try and get on top of this although I am pretty convinced it is a gluten autoimmune reaction and damage rather than the normal gum disease causes. My dentist has pretty much handed over my case to me!

My progress is also slower because I haven’t been able to tolerate much of the Barrier protocol since the last major gum flare in April. I am desperate to get these back in and keep trying. I am researching alternative ways of us to get the substances necessary for those of us who can’t take the supplements. Never going to be as effective but it would be good to do something so I at least feel I am trying to heal the barriers. It will happen with diet only, I am sure, but how long will it take? Who knows. The protocol is to speed things up if we can.

Here’s a useful summary of what I have done since starting in case it is useful for you:

Jan 11 stopped grains except rice (I should have stopped it straight away in hindsight.)

June 11 stopped rice (was reacting to it)

May 12 stopped green tea (why did I put that back in; it was what caused the gum flare before….?!! Stoopid.) Started oregano treatment for gums/gut in case although nothing found on tests. After this is where you will see my scores dropped dramatically. Green tea, killed an infection…?

Sep 12 had a horrid virus that lasted a month.

Nov 12 made my own chocolate and added some back in for treats and high antioxidants. Re-started coffee most days, v weak. Think because I was so drained by the virus and needed a hot drink. Is fine as long as I stick to grinding my own Cafe Nero beans and have it at home!

Dec 12 added back water (we assume a different chemical had been added temporarily but couldn’t find out), onions and potatoes occasionally. All now fine.

So, there you have it: my story so far.

I have decided to accept that it is going to take longer for me than I thought to be come less hyper sensitive. Where I felt down about this, I now feel I know what I have to do and will begin to make life that bit easier for myself. I need to be more positive that at least I can make myself feel so much better and I have stopped the slide into chronic fatigue and that feeling of being poisoned all the time.

Someone said to me today that they feel like they are slowly dying. I remember that feeling well and how scary it is. I no longer feel that lack of control and I have to concentrate on keeping on doing what I am doing in a slightly easier manner with a view to accepting this is a medium-long term process for me. It isn’t for everyone. Many of you are much faster than me which is SO frustrating, if pleasing on another level, to watch 😉

I have accepted this is the way I have to live. I feel well most of the time and live with this kind of disability if you like. Other people do it. I just never thought I would have to. But I do. So I had better get on with it.

To that end, I have started to revamp my kitchen and the way I do things. I am reorganising stuff, getting in what I need to make life that bit easier and am working on changing my attitude to one of a person who accepts they have an illness that isn’t going to go away easily and who can control it to an extent where they feel well instead of flippin awful most of the time.

Thank you for being with me on the journey. We are all on the same path somewhere on it, aren’t we and it’s nice to be together on it? I hope last year for you was as successful as mine, more so even, and I hope this year will prove even better for us all wherever we are in the journey.

Keep on keeping on. We WILL get there, I’m sure.

Well done so far; let us all know how your year went. It’s a good thing to get it written down too so you can assess and move forward, trust me! Use comments to tell us…