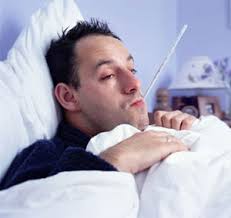 Since we are still in cold and flu season, and everyone I speak to has either got it, had it, knows someone with it or is trying to prevent it, I thought I would pass on these two interesting reports from the Life Extension Foundation for you.

The first suggests, as do many other experts, that our vulnerability to colds and flu increases from September onward due to the significant drop in Vitamin D levels as sunlight wanes and we huddle indoors more.

I have, of course, included my advice below.

Here are the reports for you:

Asta Juzeniene of Oslo University Hospital’s Institute for Cancer Research and colleagues examined weekly and monthly incidence and death rates for pandemic and nonpandemic influenza in Sweden, Norway, the United States, Japan and Singapore. They observed that nonpandemic influenzas occur primarily in temperate regions and in winter when the skin’s vitamin D formation due to sun exposure is low, and that influenza seasonality is seldom observed in tropical regions. Although an initial pandemic can start in any season, secondary waves often occur in autumn or winter, and can be more serious. The increased lethality of secondary winter waves can also be explained by decreased vitamin D levels.

The authors note vitamin D levels are at their highest approximately one month after the season during which the vitamin’s rate of synthesis is greatest, which is near midsummer. At latitudes above 37 degrees, UVB exposure is greatly reduced from November through February, meaning that vitamin D production in the skin is minimal. Because of the role vitamin D plays in the immune system, a reduction in this important compound is associated with a decline in immune function, leading to decreased resistance against influenza and other pathogens.

Beta-glucan reduces the incidence of colds

The February, 2013 issue of the European Journal of Nutrition published the results of a clinical trial conducted in Germany which found a protective effect for beta-glucan derived from brewers’ yeast against the risk of acquiring the common cold, as well as a reduction in cold severity.

One hundred sixty-two healthy men and women with recurring colds were randomized to receive 900 milligrams (1,3)-(1,6)-beta-glucan or a placebo daily for 16 weeks. Participants were instructed to document common cold episodes and rate their symptoms, which included headache, joint pain, sore throat, feeling of lump in the throat and/or difficulty swallowing, hoarseness, cough, runny nose, nasal congestion, cold-related sleeping difficulties and fever. The subjects underwent examinations by a study investigator on the fifth day of each illness.

At the end of the trial, those who received beta-glucan had 25 percent fewer colds than the placebo group. Cold symptom scores were 15 percent lower on average, and cold-related sleep difficulties were significantly reduced by beta-glucan.

“The present placebo-controlled, randomized, double-blind intervention study provides clinical evidence that supplementation with yeast (1,3)-(1,6)-beta-glucan helps to reduce the occurrence of symptomatic common cold infections by 25% as compared to placebo,”

“This is in line with a recently published trial demonstrating the prophylactic effect of the same yeast (1,3)-(1,6)-beta-glucan preparation on the incidence and severity of common cold infections. Thus, since the susceptibility to get a common cold is closely related to the body’s immune status, both studies independently suggest the potential of yeast (1,3)-(1,6)-beta-glucan to stimulate the host immune system in order to provide defense against common cold viral attacks.”

So, my advice, based on this, would be to test your Vitamin D levels and work to increase them – this usually takes 2-3 months. You can now test easily using the fingerprick method, which is so much more convenient than having a blood test, yet just as reliable.

Then, take a combined beta glucan, zinc, C and D3 immune booster. This is a good one, most don’t have anywhere near enough D3 but this does at 1000iu per capsule. This one has less D3 but enough at 800iu and I like the combination anti-virals of elderberry and lysine; the elderberry in this is much stronger.

Hope that helps. Put it in your diary for next September too so you don’t get caught out next year if you succumbed this year.