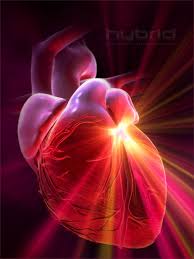 You have seen me often enough on here telling you a) that statins are not always necessary by a long chalk and b) if you must have them, your GP should tell you to take CoQ10 as they are known to deplete levels of this important heart nutrient. I have also written previously about the side effect of muscle pain many on statins suffer.

A recent study, a first of its kind I believe, has now suggested that it is precisely the depletion of CoQ10 which may be behind the muscle pain. It’s all a bit complex biochemically but I saw Dr Briffa give a good brief explanation of the issue here, which is worth a read.

The Danish authors of the new study concluded:

We have now shown that statin treatment affects the energy production in muscles…We are working on the assumption that this can be the direct cause of muscle weakness and pain in the patients.

In Dr Briffa’s review, he mentions the very real problem that COQ10 is a crucial heart nutrient and it is not beyond the realms of possibility that depletion of COQ10 is worse for you than the high cholesterol in the first place.

The authors of a different study concluded that giving CoQ10 alongside statins does nothing to affect the statin so it strikes me that this is an entirely preventable problem. The only issue I can see, though, is that COQ10 is usually classed as a food supplement – and we know what mainstream medicine thinks of those if we witness the wholesale seeming slaughter of the supplement industry we are currently going through – but also, even if they did believe in it, it’s expensive so unlikely to be prescribed on the NHS. Harumph.

As those authors say, there is currently a cardiovascular epidemic across the western world – heart disease is still the number one killer, far outstripping cancer stats – and we owe a duty to patients already exhibiting cardiovascular issues not to make them worse by depleting them in the CoQ10. Makes eminent sense to me.

Talk to your GP if you are on statins. Do you really need to be on them or could diet and targeted supplements like sterols do it? If you do, can you have CoQ10? Here’s a good absorbable one if you need it. Here’s one containing both sterols and CoQ10.

For more info on cholesterol control generally, don’t forget to check out the Cholesterol factsheet too.

2 Replies to “Statins Deplete CoQ10 And Cause Muscle Pain: Official”