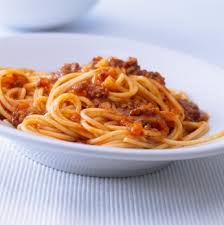 A new research study carried out by scientists at Penn State has found that pre-school aged children consumed nearly twice as many vegetables and 11% fewer calories over the course of a day when pureed vegetables were added to their favourite savoury foods.

In the study, researchers recruited 39 children between the ages of 3 and 6 and tested them with different foods on three separate days.  The team of researchers modified standard recipes for familiar foods by adding a variety of pureed vegetables to reduce calories by 15 – 25%.  They made courgette bread for breakfast, pasta with a tomato-based sauce for lunch and chicken noodle casserole for dinner.

“We incorporated several vegetables into the dishes, including broccoli, cauliflower, courgettes, tomatoes and squash.  We were pleased to find that the children found the vegetable-enhanced versions to be equally acceptable to the standard recipes”.

Results showed that the children ate the same weight of food regardless of the vegetable content, yet when they ate the vegetable-enhanced dishes as opposed to the standard-recipe meals, their daily vegetable intake nearly doubled while their calorie intake decreased by 11%.

Our favourite way of hiding veg was by gradually adding more sweet potato and parsnip to mash and making muffins and cakes with sweet potato and beetroot. We also used to mush courgette, carrot and aubergine into spag bol mix and meatballs. We did tell them we were doing it, though (once they had said they liked it!) so they learned the importance of having more veg and the trick for when they cook for themselves.