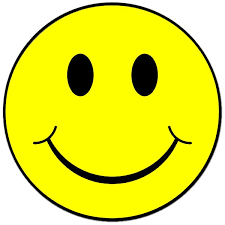 It is now just over eight months since I removed grains except rice from my diet and three months since the rice came out too. Seems a lot longer! I have also been on the prescription protocol now for about two months (took me a while to get it in and a few items are still not quite there due to other allergens – drat!)

I thought I would update you a bit on where I am in case it helps all of you who are also on this road with me. I feel a bit nervous that putting it in writing will somehow jinx my progress – what a twit – but you know what I mean!

In general, I am happy to report that I have gone from being ill in some way shape or form every day to being well pretty much every day instead! I used to wake every morning and drag myself through the day with an assortment of issues including crashing scary chronic fatigue, a permanent lump in my throat, massive hunger and cravings, bleeding, sore skin in various places, an absolute inability to think straight some days, regular migraine, constant headaches, restless legs, aching fingers and, in essence, the knowledge really that my body was just not coping. I was constantly worried about what the future held.

Nowadays, happily, I wake up most mornings, mentally checking myself for symptoms and finding none or much milder versions of the ones I had before.

Except if I have been ‘glutened’ as I now think of it. Now, if I come across something with gluten in it, or any other allergen – a few more have come to the surface which is, I believe, consistent with the removal of gluten in most people – boy, I know about it. It generally comes in the form of severe nausea, upset stomach, cramping pains, three-day migraines and the fatigue and mental symptoms return with a vengeance.

The sore skin has not resolved so I suspect this is an allergen I haven’t identified yet. The restless legs and some of the fatigue were definitely the result of malabsorption (and adrenal fatigue as a result of gluten and lack of minerals too) as they have improved immensely as my iron and magnesium levels have risen.

My gene pattern on testing revealed both coeliac and gluten sensitivity genes so I suspect villi damage was going on even though I couldn’t confirm it by biopsy or gliadin. Even though I had been traditional gluten free for several years, I had steadily been getting worse and worse, with the distinct feeling of malabsorption. I suspect it was the continued other gluten in grains that was preventing me from healing and that the removal of them has triggered an increase in absorption. This has to be coupled with the fact that I simply couldn’t take supplements before, but now have a superb prescription of grain free supplements feeding me. Just being able to do this has been such a relief as I think I can at last nourish my body and give it a chance at getting well.

The other benefit has been a change in body shape and loss of about a stone without even thinking about it – this after years and years of trying my best to lose a stone to absolutely no avail. And I’m a nutritionist and know what I am doing!

Allergy sufferers are often overweight (and coeliacs contrary to popular belief) and this is partly because they have what I call the ‘stuffed cushion effect’. What I mean is that look of yourself when you feel you have a cushiony layer all over your frame. You think it is fat but invariably a lot of it is water retention, most likely as part of the inflammatory process in the body.

Anyway, that water retention just went within a few weeks and I suddenly noticed my old self. My arms and legs looked like mine again. Sounds daft, I know, but a lot of you will know what I am talking about here, I’m sure. So, my body shape has returned to what it should be (I just need to exercise again now I have some energy back!) and I have lost about a stone. Back to the old me and let’s hope it stays like that!

In essence, I have come a long way, and I am sure I have a lot further to go yet, but I thought it might give you a bit of insight into just one person’s journey through this truly gluten free maze.

Sure, I have had to give up quite a bit. I don’t go out to eat or to the pub any more because of the risk of cross contamination and the fact that wine is now a no-no. If I go out, I take only food I have made myself. I drink only champagne (!) and Spanish Cava because both are fermented in the bottle rather than in wheat-pasted barrels. I struggle to find enough to eat unless I find the time to cook almost daily, or batch cook once a week.

But, I am enjoying the best diet of my life with probably at least ten pieces of fruit and veg a day, grass fed meat, wild-caught fish and food as it was meant to be eaten. I have rediscovered going to the theatre and cinema instead of going down the pub after a hard day (not that I was ever a big drinker, 2 glasses of wine and I was practically under the table, much to the amusement of my family and delight to P who was always pleased I was such a cheap date, so to speak…!). I have regained confidence in how I look not feeling like a stuffed cushion all the time despite what I would have termed then a really healthy diet.

Best of all, I have regained a lot more of the old me. Energetic, sharp-witted and happy. I know I have a long way to go yet to maintain it, and this way of life is just not easy however you try to dress it up. Do I wish it had never happened to me? Of course. Am I angry, frustrated, sad sometimes? More than I care to admit. But is it worth it so far? Definitely.

Please, whoever is up there looking out for me, may this progress continue. But can I have red wine back please? I don’t half miss a good Rioja…